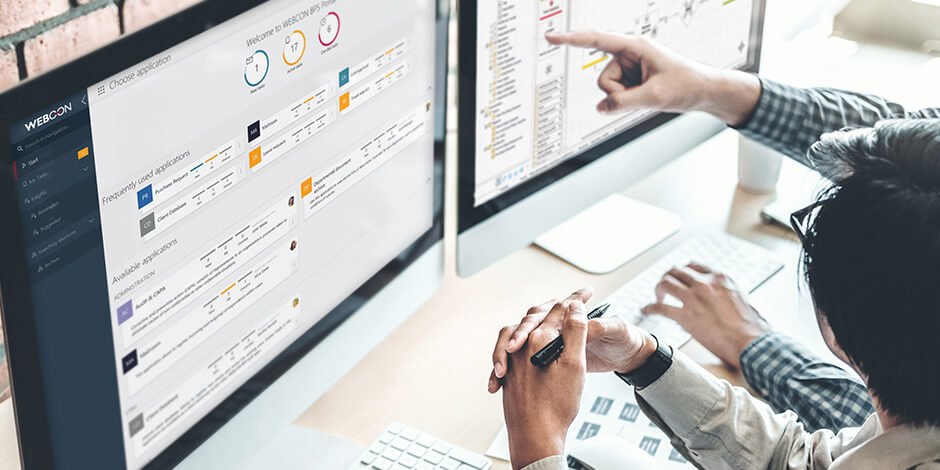 How to plan and successfully deliver a BPM platform implementation

WEBCON > How to plan and successfully deliver a BPM platform implementation

The process of selecting, implementing and developing a digitalization strategy is often compared to travel planning. Identifying where you want to go, by what means, and selecting the sights and attractions you want to visit in advance is key to a stress-free vacation. By planning early, being prepared for any snags, and establishing what you want to achieve is also the best way to implement a successful digital transformation in your organization.

A company’s digital transformation is no single event, but a process, which typically starts with an introduction to modern technologies. Business Process Management (BPM) platforms are powerful tools that enable innovation and creativity to blossom, but their implementations need to be carefully planned to make the most of their capabilities. BPM implementations can be divided into the following phases to make the process smooth and effective:

These phases blend with one another and are not rigidly defined, which results in each of them being equally vital to your success. Whether you are planning a complex digitization that spans multiple departments and locations, or a testbed for a single process, you should pay careful attention not to cut corners or skip steps.

Getting to Know Your Needs and Expectations

A BPM implementation project starts with selecting the solution that best fits your company needs and a careful analysis by your IT department or chosen implementation specialists. During this stage, detailed information about the goals of the implementation are collected, allowing us to define its purpose and substantive scope.

“It is important for both the project managers and developers to be on the same page in regards to expectations, schedules, and the overall function and direction of the organization. When everyone understands and shares the same business targets, market position and work culture, it’s a recipe for success” explains Aleksandra Kudera, Director of Implementation and Consulting at WEBCON. “The goal is to thoroughly understand the motivations behind a business’ need for change, which enables us to identify which business processes the system should ultimately enhance and support. Without this insight, it’s impossible to properly design applications that the business will be using in its day-to-day operations” she adds.

The scope of the project that is established in the first stage is the framework upon which all subsequent stages are built upon. Analytical meetings between the business and IT representatives identify stakeholders and technical details like which existing systems (like ERP software) will be integrated. Most importantly in this phase, however, workflows are modeled, document cycles are defined, actions to be automated are identified, and the paths between departments and business units are established.

The Tower of Babel Syndrome

An important aspect to not overlook at this stage is the clarification of vocabulary being used. This applies not only to business topics which often use hermetic jargon, but also IT solutions used to manage industry-specific tasks.

During meetings it often turns out to be the case that even processes that on the surface would seem universal across companies and industries may use different names and abbreviations. Differences in jargon and terminology must be identified as soon as possible and harmonized throughout the implementation’s framework.

These analytical meetings are also the perfect time to identify the ambassadors for the implementation, who will support their employer by introducing and promoting new solutions. Here it is also useful to include not just proponents of the planned changes, but also those who are skeptical, to make sure all t’s are crossed and i’s are dotted. By including skeptics, you give them the practical ability to be involved in the creation of the system and have an influence on its development.

“By taking initial reluctance or even resistance and turning it into a constructive and proactive attitude through genuine involvement in the project will make a believer out of anyone” says Aleksandra Kudera.

It should be kept in mind that not all organizations are open to change. Some are fearful or even actively resistant, so the process of persuading employees to embrace digital transformation is very important to the overall success of the implementation.

Test Thoroughly But With Careful Control

The next stage to launching your BPM implementation is testing. This stage is not only important for the technical reasons of identifying errors, but also psychological, because this is the stage where the attitudes of the future users are most strongly shaped. In order for the testing phase to be successful, there are several aspects that should be addressed.

First, is the number of people who will be testing the system. Of course, the more people willing to test the solution the better, but the more users you have, the longer the time to delivery may be. More testers mean longer waiting times for feedback which can lead to excessive iterations. Setting a schedule and sticking to the deadlines within goes a long way to mitigating these issues.

The fear of not being able to make substantive changes following the testing phase is another topic that often comes up. “Stakeholders, especially those familiar with legacy systems, may be worried that once the platform is set-up, it will remain in that state for years. This is an unfounded fear, however, as the whole purpose of a BPM system is to support every aspect of a company’s operation at every stage. To do so, the system must be as flexible as possible” notes Lukasz Malina, VP of WEBCON.

The choice of a no-code/low-code Rapid Application Development (RAD) platform is becoming ever more required. This doesn’t simply apply to quickly delivering business applications, but choosing a system that allows for easy modifications throughout its lifecycle without interrupting its continuity. The modern business environment changes rapidly, and your BPM system must allow you to react quickly to gain and maintain competitive advantage.

The Implementation is only the Beginning!

Many businesses, especially when taking their first steps towards digitization, identify the initial launch of their BPM platform as the completion of the project. However, the steps that organizations take after going live and putting the system into the hands of their users are just as important as those made during initial configuration. In order for a BPM system implementation to effectively change the organization, users not only need to understand the benefits of the tool to the business, but also for themselves.

In Deloitte’s article Challenges Related to Adapting New Technologies in Business, they identify five steps that lead to the successful adoption of IT solutions by users. Among the steps they identify as critical is a comprehensive training system with a focus on the advantages the system provides, and a straightforward information campaign in the company to promote it.

The most important thing, however, is to provide adequate support for the users and the system. Often the success of an implementation is determined at the beginning, when employees first start familiarizing themselves with the new technology. By engaging our aforementioned Ambassadors of Change to answer questions and respond to doubts from their colleagues, we can reduce skepticism and encourage users to embrace the platform.

Careful preparation will ensure a smooth and successful start to your organization’s digital transformation, and ensure that each subsequent digitalization and automation project will be even more efficient.

or you have any questions at all, don’t hesitate to contact us!

HOW TO BUILD A BUSINESS APPLICATION IN 45 MINUTES

GET STARTED WITH
A FREE DEMO